Posted on February 21, 2018 by tampabyflorence 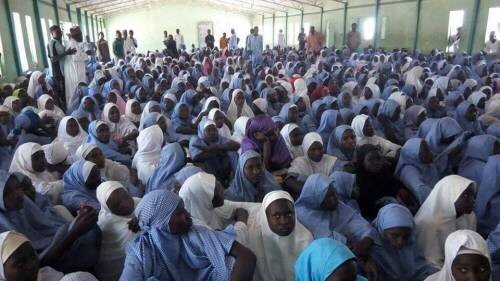 94 students of the Government Girls Science and Technical Secondary School at Dapchi town in Bursari local government area of Yobe state are reportedly missing after an attack from Boko Haram on Monday February 19th. Sahara Reporters reports that the parents of the students in the school had a joint head count with teachers of the boarding school yesterday and discovered that 94 of the students are missing.

Initially there were reports that the teachers and the girls in the hostel, over 700 in number, ran into the bush when they heard the gunshots of the sect members. However, after the headcount on Tuesday, it was discovered that at least 94 of the girls were still missing. The school was immediately closed down while education authorities and security forces in the state began efforts to locate the missing students.

Recall that over 200 girls in Chibok community was kidnaped by Boko Haram members in 2014. Some of the school girls have been rescued while some others are still in Boko Haram captivity.